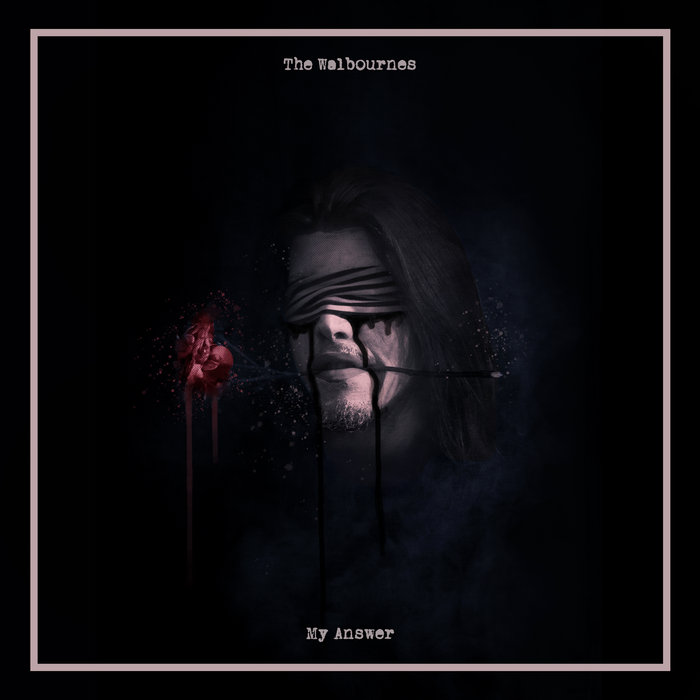 “The Walbournes are an ambitious 90’s style alternative rock three piece out of Charlotte NC influenced by the likes of Foo Fighters, Soundgarden and others. Releasing this new EP on October 25th entitled “My Answer” the group features Trey Spears, Eli Helms and DJ Buchanan. They have been tearing up stages around the QC, the Walbournes bring to mind the styles and ideology of the fun purity of that Seattle grunge rock era with no pretense or scene rulebook worries. Their debut release “Losing Signal” in 2018 introduced people to their sound but this new EP is sure to push the doors open and win over many new fans. Opening track “All Alone” begins with a low thunder bass rumble soon met by a desert rock-esque guitar snakedance then mixed up with good drop outs for vocals. The slow walk of “Give In” does bring to mind early Soundgarden with a welcome bit of Crazy Horse style Neil Young dreamy guitars. “My Answer” also stands out with a bold, Mark Arm Mudhoney style vibe. It’s cool to see these young dudes rocking out influenced by some strong older bands whose music is timeless but also present is a healthy bit of blues influence. Trey Spears is full of motivation and raw talent, heart on guitar and vocals, and the band member bro's Eli and DJ match up very proudly with their mutual tightness and musical vision. Power trios have the potential to be very strong and fun, sometimes coming across like ten people than a mere three. This is a loud rock band that really works the basics of their rhythm and riffage anchor foundation then decorating it with catchy vocals. It’s apparent these guys have a strong focus and attention to the outpour of rock and grunge dirt they have to give. Check out the Walbournes: Spears, Helms and Buchanan are bringing the music live outside of the trends and with refreshing rock and roll honesty. - Gideon Smith, Cosmic Rock”

Bandcamp Daily  your guide to the world of Bandcamp